The innate immune response shapes the development of adaptive immunity following infections and vaccination. However, it can also induce symptoms such as fever and myalgia, leading to the possibility that the molecular basis of immunogenicity and reactogenicity of vaccination are inseparably linked. To test this possibility, we used the yellow fever live-attenuated vaccine (YFLAV) as a model to study the molecular correlates of reactogenicity or adverse events (AEs). We analyzed the outcome of 68 adults who completed a YFLAV clinical trial, of which 43 (63.2%) reported systemic AEs. Through whole-genome profiling of blood collected before and after YFLAV dosing, we observed that activation of innate immune genes at day 1, but not day 3 after vaccination, was directly correlated with AEs. These findings contrast with the gene expression profile at day 3 that we and others have previously shown to be correlated with immunogenicity. We conclude that although the innate immune response is a double-edged sword, its expression that induces AEs is temporally distinct from that which engenders robust immunity. The use of genomic profiling thus provides molecular insights into the biology of AEs that potentially forms a basis for the development of safer vaccines. 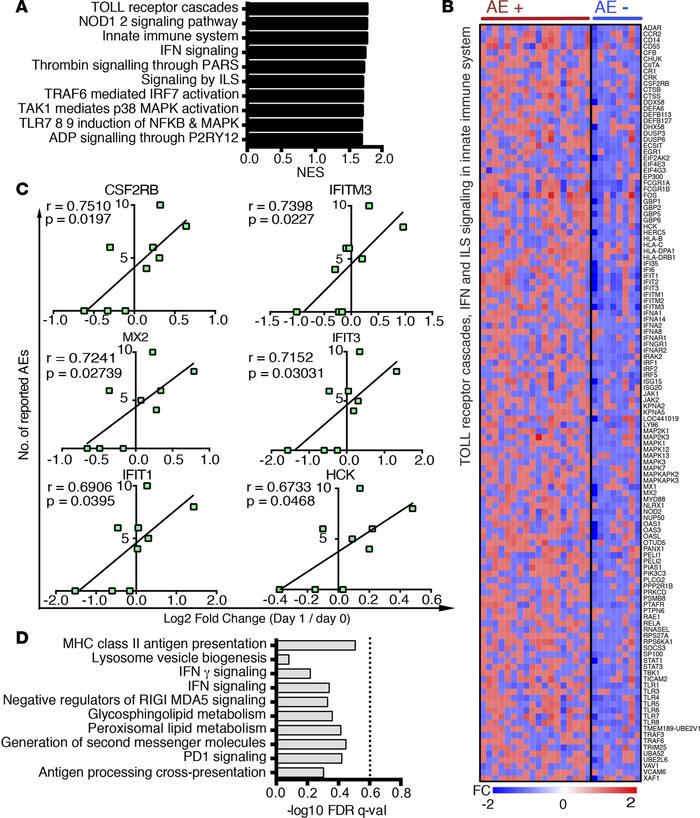