Pulmonary hypertension (PH) is a multifaceted vascular disease where development and severity are determined by both genetic and environmental factors. Over the past decade, there has been an acceleration of the discovery of molecular effectors that mediate PH pathogenesis, including large numbers of microRNA molecules that are expressed in pulmonary vascular cell types and exert system-wide regulatory functions in all aspects of vascular health and disease. Due to the inherent pleiotropy, overlap, and redundancy of these molecules, it has been challenging to define their integrated effects on overall disease manifestation. In this review, we summarize our current understanding of the roles of microRNAs in PH with an emphasis on potential methods to discern the hierarchical motifs governing their multifunctional and interconnected activities. Deciphering this higher order of regulatory structure will be crucial for overcoming the challenges of developing these molecules as biomarkers or therapeutic targets, in isolation or combination.

A conceptual schematic to categorize the activities of miRNAs in PH. 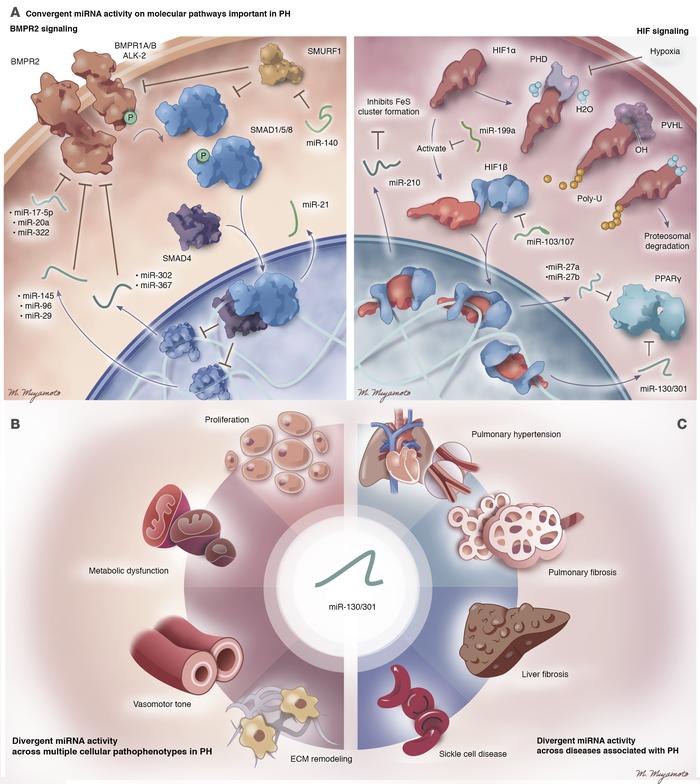