The TCR-β chain repertoire is diverse early in life and contracts with age. 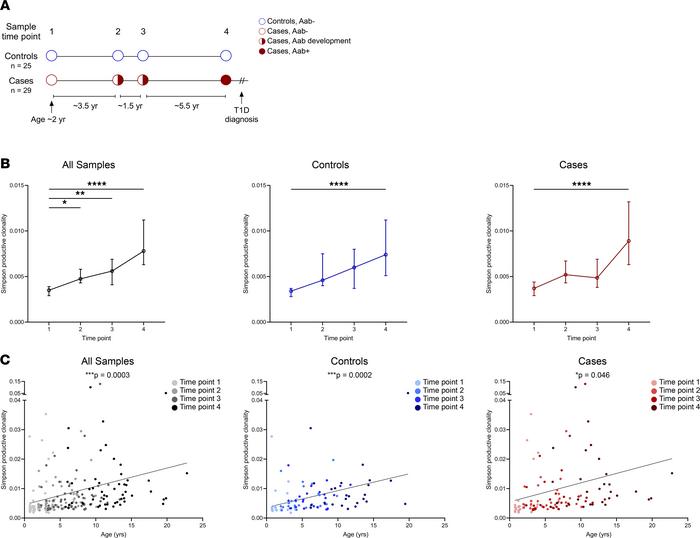