Despite being a leading cause of advanced liver disease, alcohol-associated liver disease (ALD) has no effective medical therapies. The circulating proteome, which comprises proteins secreted by different cells and tissues in the context of normal physiological function or in the setting of disease and illness, represents an attractive target for uncovering novel biology related to the pathogenesis of ALD. In this work, we used the aptamer-based SomaScan proteomics platform to quantify the relative concentration of over 1300 proteins in a well-characterized cohort of patients with the spectrum of ALD. We found a distinct circulating proteomic signature that correlated with ALD severity, including over 600 proteins that differed significantly between ALD stages, many of which have not previously been associated with ALD to our knowledge. Notably, certain proteins that were markedly dysregulated in patients with alcohol-associated hepatitis were also altered, to a lesser degree, in patients with subclinical ALD and may represent early biomarkers for disease progression. Taken together, our work highlights the vast and distinct changes in the circulating proteome across the wide spectrum of ALD, identifies potentially novel biomarkers and therapeutic targets, and provides a proteomic resource atlas for ALD researchers and clinicians. 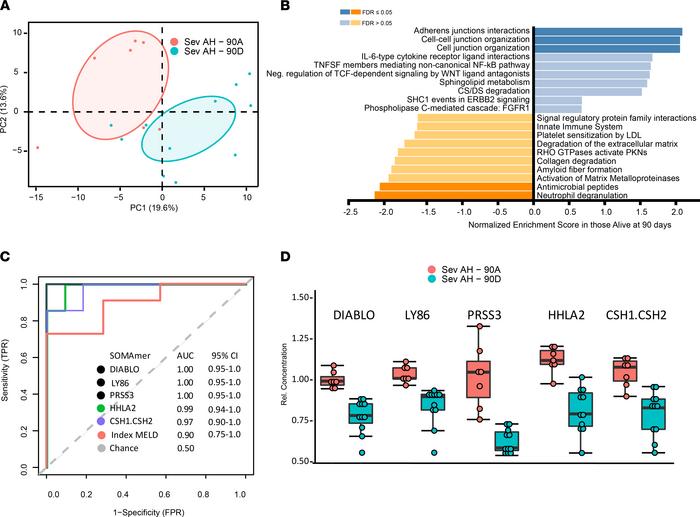