Inflammatory cytokines are potent inducers of TOX and PD-1 in human Tmem cells. 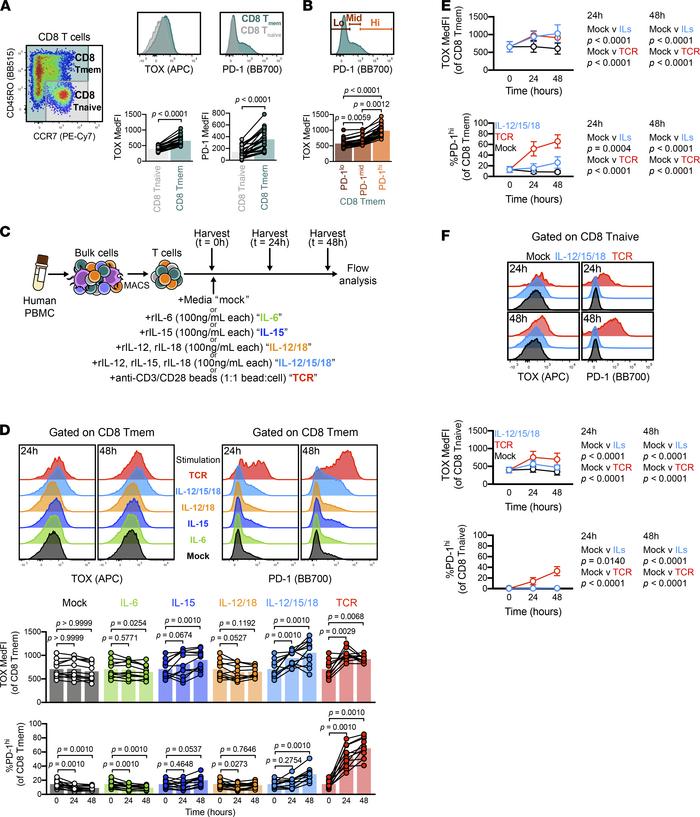