Cellular proliferation and collagen gene expression by normal human MSCs in the presence of recombinant TGF-β1 or MK CM. 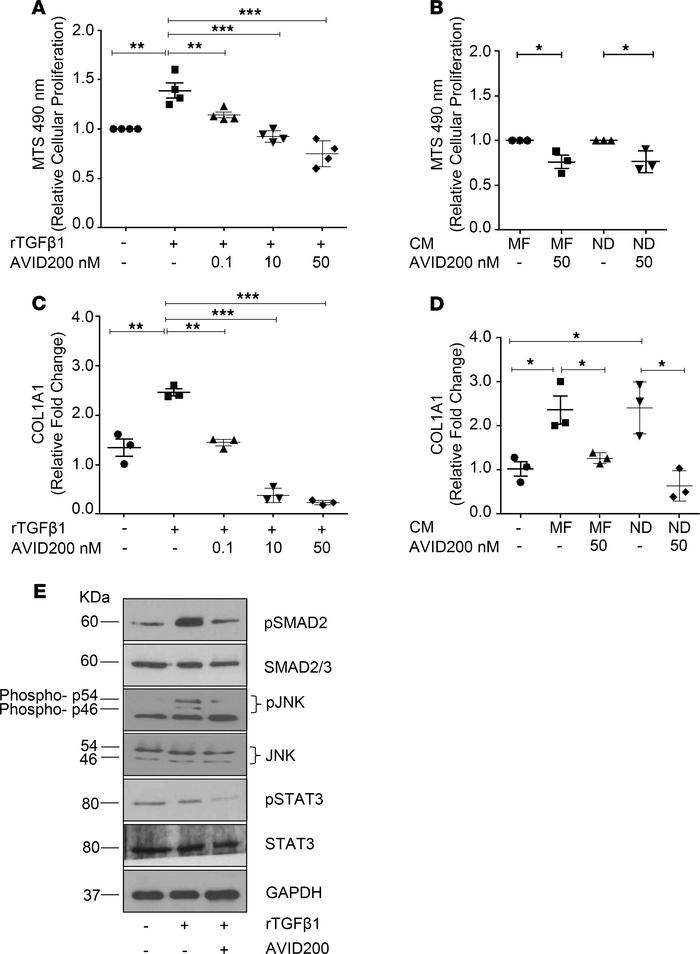