miR–9-5p triggers the switch to glycolysis in trained immunity. 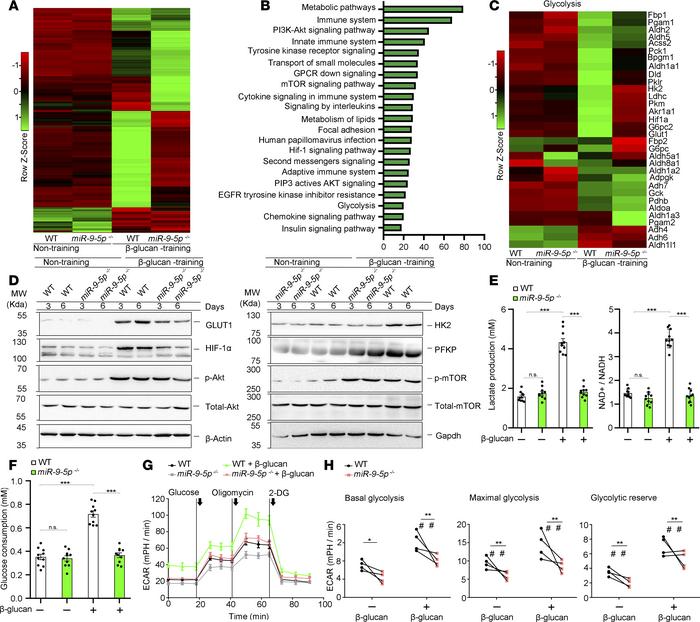