WASpL272P mice exhibit increased responsiveness against tumors and have a higher infiltration of activated NK and T cells. 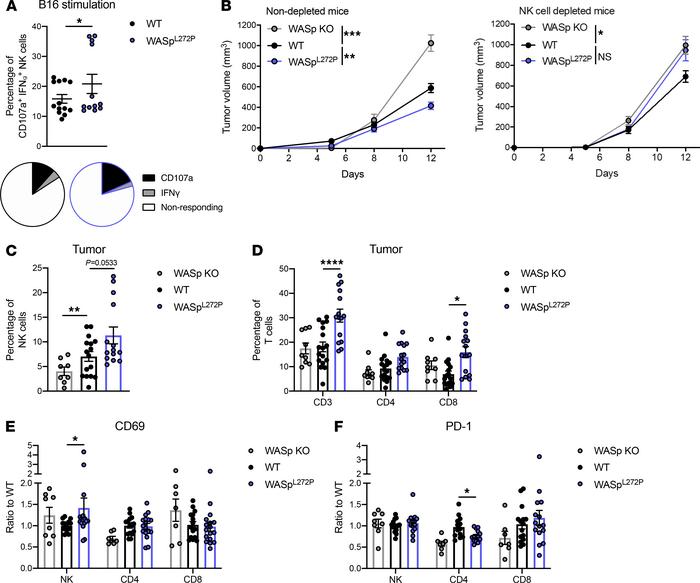