TIGIT is a recently identified coinhibitory receptor that is upregulated in the setting of cancer and functionally contributes to the impairment of antitumor immunity. However, its role during sepsis is unknown. Because patients with cancer are 10 times more likely to die of sepsis than previously healthy (PH) patients with sepsis, we interrogated the role of TIGIT during sepsis in the context of preexistent malignancy. PH mice or cancer (CA) mice inoculated with lung carcinoma cells were made septic by cecal ligation and puncture (CLP). We found that sepsis induced TIGIT upregulation predominantly on Tregs and NK cells in both PH and CA mice. Anti-TIGIT Ab improved the 7-d survival of CA septic mice but not PH mice after CLP. Treatment of CA septic animals but not PH septic animals with anti-TIGIT mAb significantly reversed sepsis-induced loss of CD4+ T cells, CD8+ T cells, Foxp3+ Treg, and CD19+ B cells in the spleen, which was the result of decreased caspase-3+ apoptotic cells. In sum, we found that anti-TIGIT Ab reversed sepsis-induced T cell apoptosis in CA septic mice and led to a significant survival benefit, suggesting its use as a potential immunotherapy to improve outcomes in septic patients with cancer.

TIGIT is coexpressed with other coinhibitory receptors and activating markers. 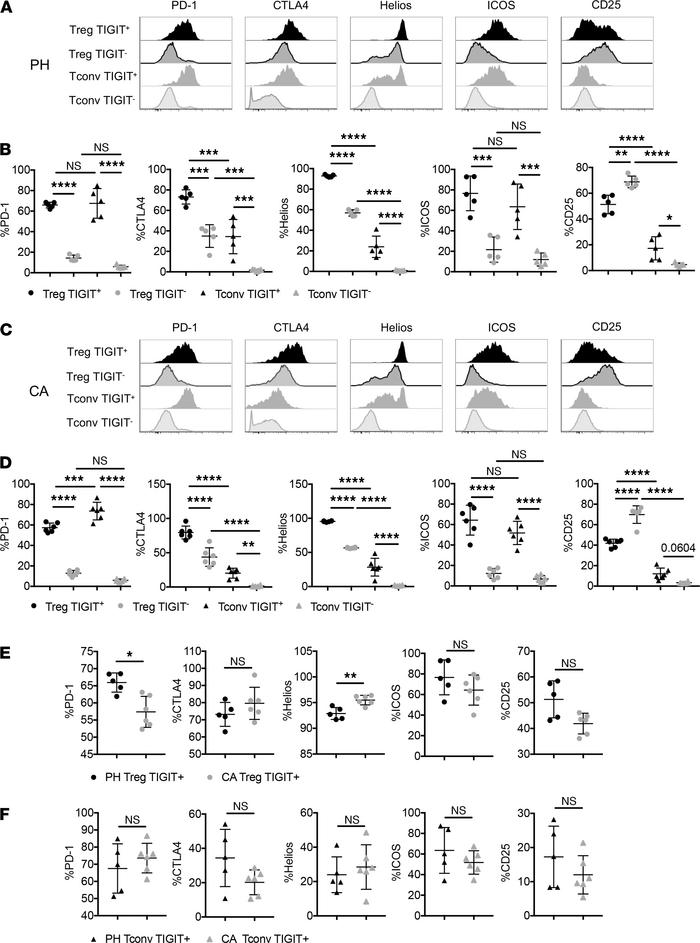