Immunoblot analysis of A3 and A8 in plasma and liver lysates in mice of the indicated genotypes. 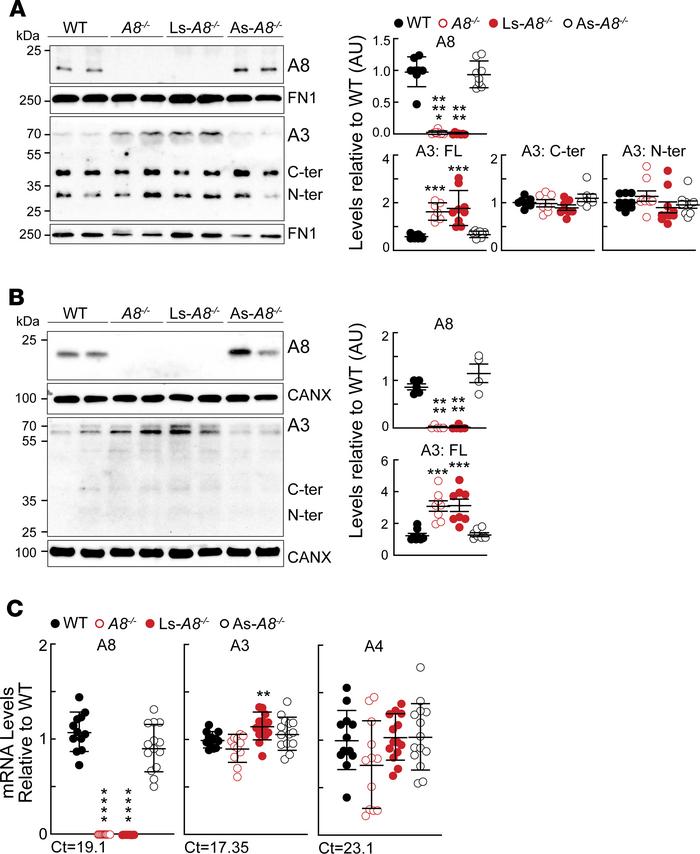