To extract energy from stored lipids, fatty acids must first be liberated from triglyceride before their β-oxidation in mitochondria in a coordinated and stepwise manner. To determine the independent and interdependent roles of hepatic triglyceride hydrolysis and fatty acid oxidation, mice were generated with a liver-specific defect in triglyceride hydrolysis (AtglL–/–), fatty acid oxidation (Cpt2L–/–), or both (double knockout). The loss of either gene resulted in the compensatory increase in the other, demonstrating their coordination. The loss of individual components of fatty acid catabolism (carnitine palmitoyl transferase 2 [Cpt2], adipose triglyceride lipase [Atgl], and Pparα) resulted in largely independent effects on hepatocyte morphology, intermediary metabolism, and gene expression in response to fasting. However, high-fat feeding revealed the interdependent role of Atgl and Cpt2, as the loss of only one of the genes resulted in steatosis (fatty liver) but the loss of both components resulted in significant steatohepatitis (inflammation and fibrosis). Lipolysis and β-oxidation are intimately linked within a continuous pathway, and disruption of their coordination leads to unique cellular and molecular phenotypes that ultimately result in liver disease. 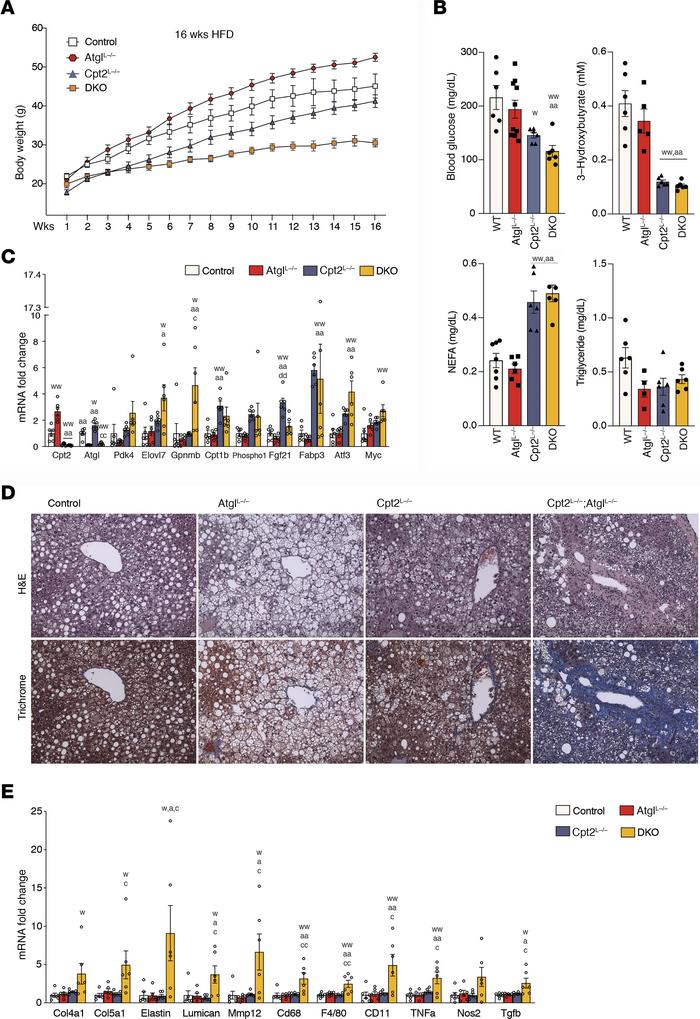