IFN-ε protein is expressed in CVL. 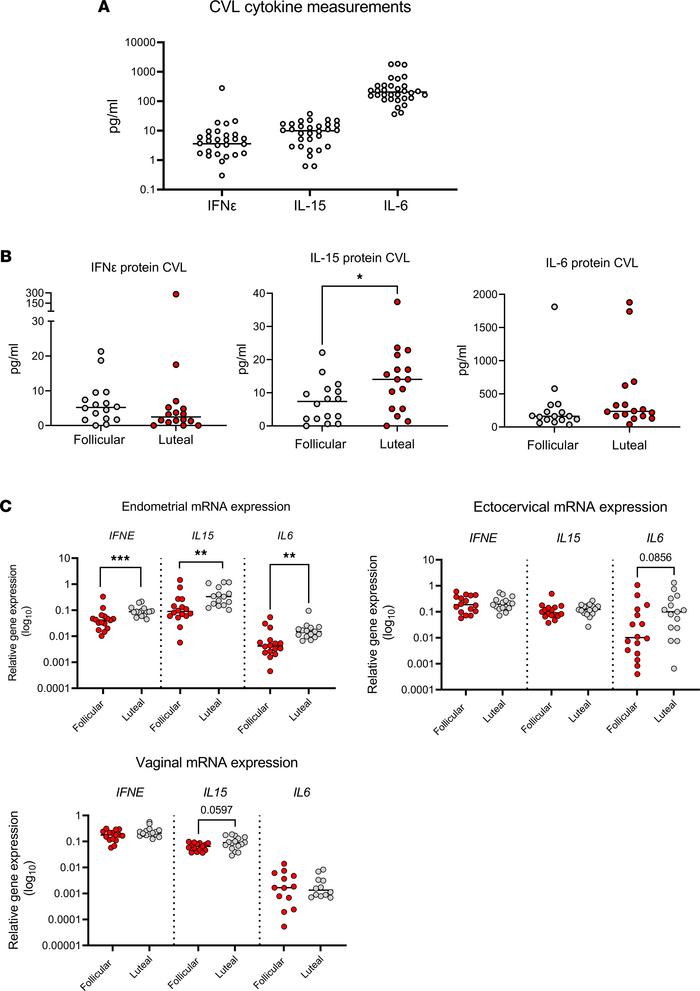 () Concentrations of IFN-ε, IL-15, and IL-6 were quantified in CVL fluid ( = 32) using either laboratory-developed (IFN-ε) or commercially available (IL-15, IL-6) immunoassays. There was undetectable cytokine expression in 4 samples for IFN-ε and 2 samples for IL-15. () CVL IFN-ε, IL-15, and IL-6 expression was stratified by cycle stage into follicular stage samples ( = 16) and luteal stage samples ( = 16). There was undetectable cytokine expression for IFN-ε in 1 follicular and 3 luteal stage samples and IL-15 in 1 follicular and 1 luteal stage sample. () , , and mRNA expression, as determined by qPCR, in endometrial, ectocervical, and vaginal biopsy samples stratified into follicular ( = 16) and luteal ( = 16) stages of menstrual cycle. Mann-Whitney tests were applied to determine cyclic differences for each gene or protein of interest. * < 0.05, ** < 0.01,*** < 0.001.