mRNA expression of proinflammatory cytokines and chemokine in the border zone of the LV infarct on day 3 after MI in diabetic mice. 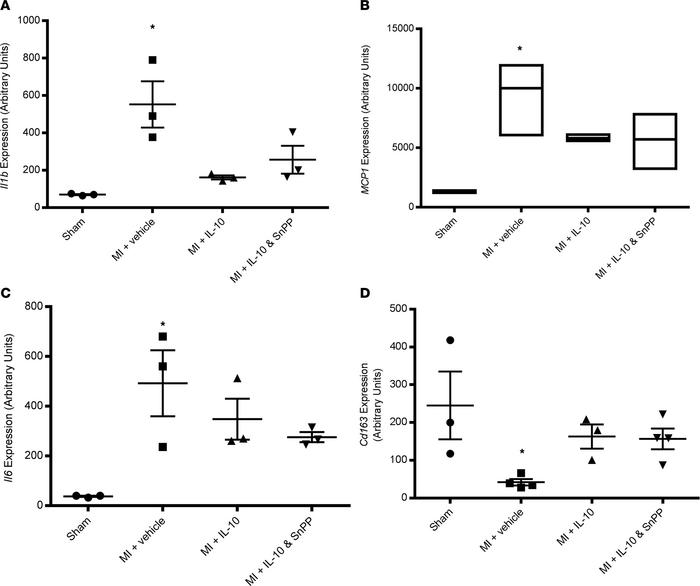