Both oligodendroglial– and neuronal TFEB–targeted overexpression induce neurotrophic effects in the brains of PLP mice. 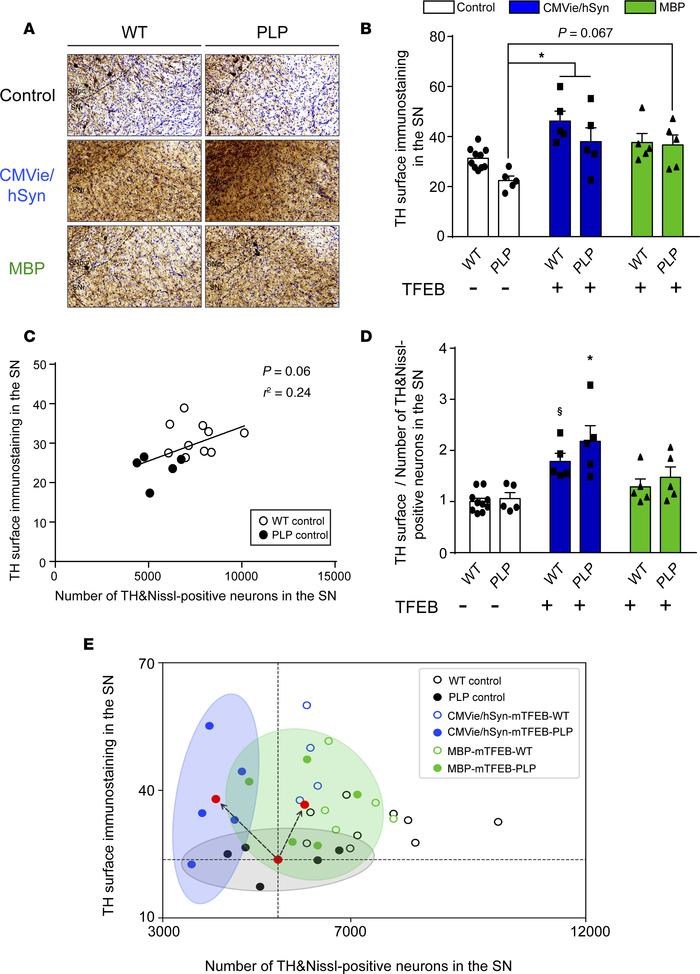