Stability of clustering over time. 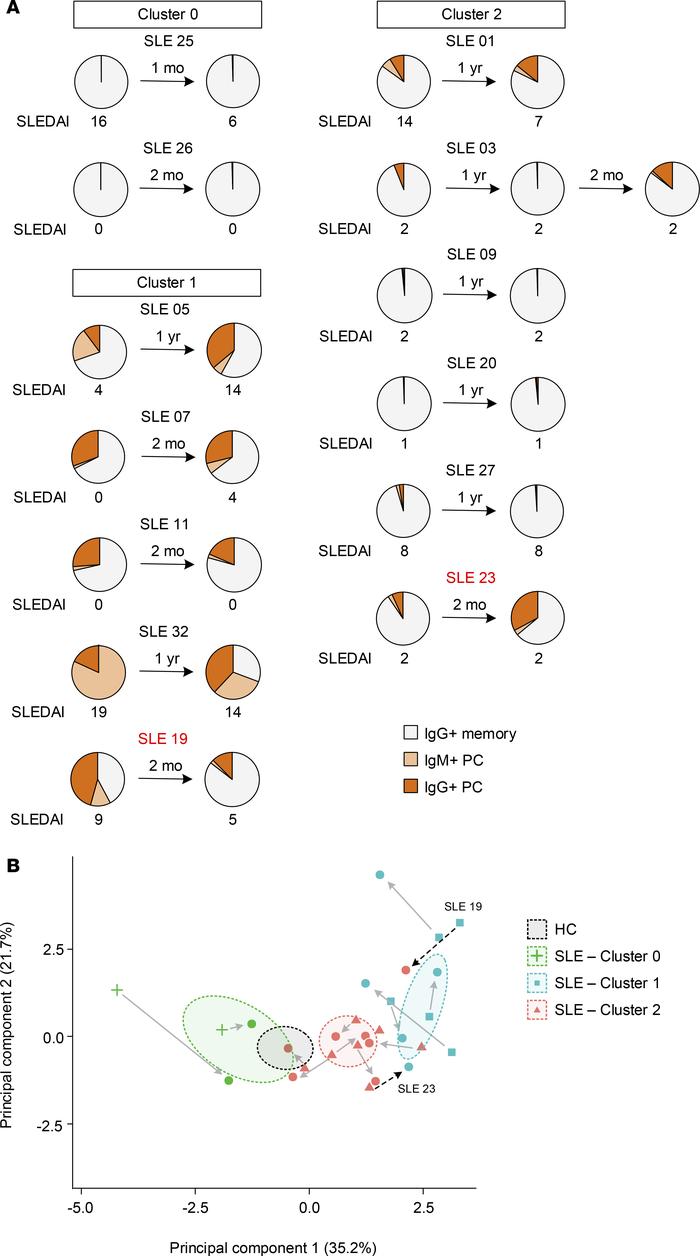 SLE patients were classified as described in , and a follow-up was done between 1 month and 1 year. () Relative proportion of ANA+ IgG memory B cells and ANA+ IgM and IgG PCs in healthy controls and SLE patients. The SLEDAI scores at the time of each measurement are shown below each circle. Patients indicated in red had a change in classification between the first and second assessment. () Principal component analysis as in , including all initial measurements for healthy subjects and patients, was used to predict the follow-up measurements in each patient. Individual dots represent only those patients with a follow-up measurement. Arrows indicate the follow-up measurement. Dotted black arrows indicate 2 patients (SLE 19 and SLE 23) for whom the classification based on the proportions in changed over time. ANA, antinuclear antibody; HC, healthy control; PC, plasmablast/plasma cell; SLE, systemic lupus erythematosus; SLEDAI, SLE disease activity index.