Hyperpolarization-activated cyclic nucleotide–gated (HCN) channels are dually gated channels that are operated by voltage and by neurotransmitters via the cAMP system. cAMP-dependent HCN regulation has been proposed to play a key role in regulating circuit behavior in the thalamus. By analyzing a knockin mouse model (HCN2EA), in which binding of cAMP to HCN2 was abolished by 2 amino acid exchanges (R591E, T592A), we found that cAMP gating of HCN2 is essential for regulating the transition between the burst and tonic modes of firing in thalamic dorsal-lateral geniculate (dLGN) and ventrobasal (VB) nuclei. HCN2EA mice display impaired visual learning, generalized seizures of thalamic origin, and altered NREM sleep properties. VB-specific deletion of HCN2, but not of HCN4, also induced these generalized seizures of the absence type, corroborating a key role of HCN2 in this particular nucleus for controlling consciousness. Together, our data define distinct pathological phenotypes resulting from the loss of cAMP-mediated gating of a neuronal HCN channel.

Analysis of neuronal network activity in the thalamic VB region. 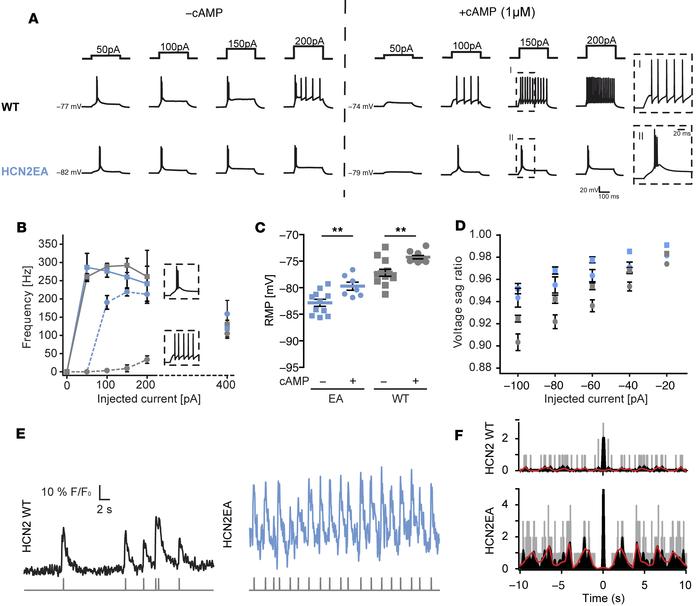